Are Orca Whales Dangerous To Humans?

Are Orca Whales Dangerous To Humans?

Orca whales, also known as killer whales, have long been a source of fascination for people around the world. These intelligent, social creatures are the largest members of the dolphin family and are known for their distinctive black and white coloring and distinctive hunting tactics.

But despite their reputation as fierce predators, orca whales are generally not dangerous to humans. In fact, there have been very few recorded instances of orca whales attacking or harming humans in the wild.

Here are a few reasons why orca whales are not generally considered a threat to humans:

Orca whales are highly intelligent and social animals that live in complex societies with intricate relationships and communication patterns. They rely on cooperation and teamwork to hunt and survive, and they have been observed exhibiting a range of behaviors that suggest they have emotions and can feel pain.

Because of their intelligence and social nature, orca whales are unlikely to attack humans out of aggression or hostility. In fact, there have been numerous instances of orca whales coming to the aid of humans who were in danger, such as when a group of orca whales helped a diver escape from a shark attack.

Orca whales have a diverse diet

Orca whales are known for their hunting prowess and are capable of taking down large prey, such as seals, sea lions, and even whales. However, they also have a diverse diet that includes a variety of fish, squid, and other marine animals.

Orca whales are generally found in cold, polar waters and are not commonly found in areas with high human populations. While there have been instances of orca whales approaching boats or entering shallow waters in areas where people live, these encounters are generally not aggressive in nature and are more likely to be a result of the orca whales' curious nature.

Orca whales are protected by law

Orca whales are protected by a number of laws and regulations that aim to ensure their survival and conservation. These laws, which vary by country and region, generally prohibit the killing, capture, or harassment of orca whales, and they also establish guidelines for responsible whale watching and other human-orca interactions.

In conclusion, orca whales are not generally considered dangerous to humans. These intelligent, social creatures are generally not aggressive towards humans and have a diverse diet that does not include human prey. While there have been a few instances of orca whales attacking humans in the wild, these attacks are rare and have generally been attributed to other factors, such as the presence of humans in their territory or the presence of prey that the orca whales were trying to defend. Orca whales are also protected by a number of laws and regulations that aim to ensure their survival and conservation. By respecting the boundaries of these amazing animals and following responsible guidelines for human-orca interactions, we can ensure the continued survival and well-being of orca whales in the wild. Once of the best ways to see Orcas is through a tour operator which offers whale watching tours.

Looking for an unforgettable outdoor adventure? Eagle Eye would love to have you as our guests.
view our adventure tours 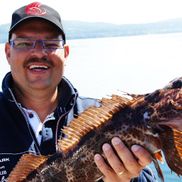 How Much Does Whale Watching Cost in British Columbia?

The average cost of a whale watching tour in British Columbia is around $100 per person. Length of the tour, type of vessel, and location can affect the cost. Ways to save money include booking in advance, looking for discounts, and choosing a shorter tour.

Ready To Book Your Adventure?